Swift vs. Objective-C: A Look at iOS Programming Languages

Swift vs. Objective-C: A Look at iOS Programming Languages 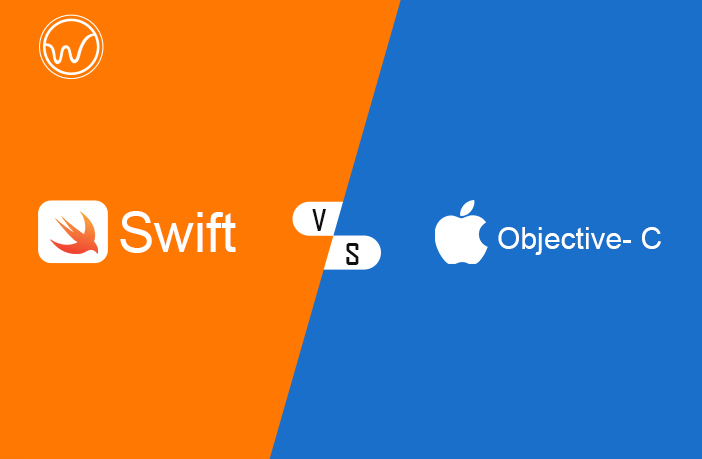 One of the first things you need to decide when you are contemplating the perfect iOS app is the language that you will use. There are primarily two options for iOS app development: Objective-C or the next-generation Swift.

You must think about the features, differences, pros, and cons of both of the options that you have available to you as you try to determine what is ideal for iOS application development.

So, without further ado, let’s get right into the details of Swift vs. Objective-C.

In 2014, Apple created Swift, an incredibly popular programming language with high performance. Later, Chris Lattner worked with Apple programmers on developing the software. Swift resembles Objective-C in its object-oriented features and syntax. It was used to develop NEXTSTEP in the 1980s, and then for Mac OS and iOS. Programming challenges are eliminated by this language. Such as.

The language Objective C is an object-oriented programming language designed for general-purpose use. A company called Stepstone created it under the leadership of Brad Cox and Tom Love. The specification and semantics of Objective C make it an object-oriented language and allow for syntax and semantics that are similar to those of C. Objective C is also commonly referred to as Obj C. Developed for OS X and iOS, it has several built-in libraries. This game was developed by Brad Cox and Tom Love at their firm Stepstone in the 1980s. The Objective C programming language extends the capabilities of C programming. Objective C source code has extensions in the form of .m files.

Difference between Swift and Objective C :

To return to my original question, which is better?

Ultimately, you will have to decide.

Currently, Objective-C is more popular than C. The language is more difficult to learn, but the vast majority of developers know how it works.

Swift is still a new technology, but it’s rapidly advancing. There are no known vulnerabilities, and learning Objective-C is easy. The downside though is that large projects won’t be the best choice.

There are times when one language may work better for you than another based on your experience, the familiarity of your team, or the scope and timeline of your project.

Be sure to weigh your tooling support, stability, runtime, and API requirements.

Nevertheless, if you have questions about which one to choose, we have a solution.

Make an appointment with us and let one of our software consultants assist you in making the right choice for your project.