Comedy Crowd TV is a “crowdsourced” comedy channel that offers on-demand access to comedy shows across the country. It revolves around the idea that comedy content should not only be produced by select artists, but also by any creator who possesses the talent. It is so great that The Comedy Crowd reaches out to such talented creators to provide a platform for their original comedy ideas. To begin, we extensively analyzed their website, then we fixed some bugs. Furthermore, we added a SparkPost API emailer, which isn’t accessible and configurable in the current website design. 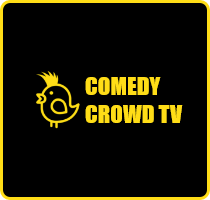