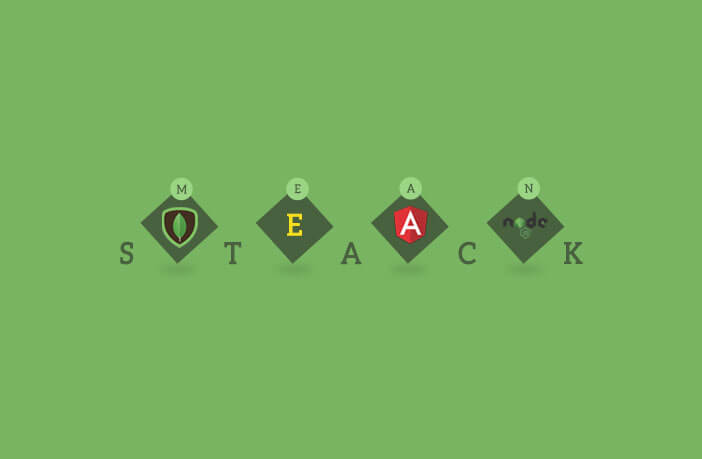 It is estimated that 84% of the world’s population already has access to mobile technology. Internet traffic is expected to grow at an astounding Compounded Annual Growth Rate (CAGR) of around 25% till 2022. The monthly per capita data usage which stood at 16 GB in 2017 is expected to shoot up to 50 GB during this period. These are some mind-bending numbers that are a testimony to the growing hunger for mobile and internet usage.

So, what does all this MEAN?

It is no surprise that the technology for building dynamic web applications and websites has evolved commensurately. One such in-demand, user-friendly, full-stack JavaScript framework is MEAN. MEAN is an acronym devised by the famous blogger and MongoDB developer Valeri Karpov. MEAN is an abbreviation for MongoDB, ExpressJS, AngularJS, and NodeJS – all of which are open-source JS-based technologies. It is a power-packed full-stack JS framework used to develop dynamic web applications and leverages the best features of all four JS technologies. Over a period of time, web app developers have been using variations of the traditional MEAN stack – such as – MEEN and MERN, where AngularJS is replaced with Ember.js and ReactJS respectively.

What’s all behind the MEAN popularity?

MEAN is quite popular among developers and rightly so because it comes with a host of unparalleled features. It is a simple and readable open-source solution. It helps avoid unnecessary drudgery and common pitfalls while keeping the dynamic web application organized. Tech giants such as Netflix and Paypal have been successfully using the MEAN stack for quite some time now.
Let us have a look at the features that make MEAN so appealing to most developers.

By virtue of MEAN being an open-source JS framework, it is free and significantly reduces the overall project cost. You don’t need a big team of developers to operate using MEAN – quite often a specialist developer or two would suffice.

The MongoDB in the MEAN full-stack framework helps leverage the power of the cloud as it can be used to deploy cloud functionalities while simultaneously decreasing the disk space & cost.

The best part about using MEAN is that it makes it possible for developers to write the code in only one language because JavaScript works fine for both the client & server-side requirements. The presence of Node.js further simplifies the matter because of its ability to act like a web server.

On a tight project deadline? Do not fret, MEAN has got you covered. Since developers can access a huge collection of module libraries and are able to make full use of the automated testing feature, it comes as a shot in the arm while trying to finish a project on a strict deadline.

MEAN’s compliance with the Model-View-Controller architecture provides much-needed freedom to developers in dealing with a wide array of programming languages.

MEAN allows developers the freedom to test web apps even during the development stages. Also, it is possible to add additional information later on after the development phase by adding a new field to the existing form.

MEAN is undoubtedly a game-changer full-stack framework. But, like all technologies, it comes in with a few caveats. For instance, questions have been raised on MEAN’s ability to stack up against the power of relational databases. However, the demand for MEAN has been on an upward spiral – thanks to a slew of benefits it provides and will continue to grow in the coming three to five years.

Looking for more assistance? just drop a line and we will be back within 24hrs.