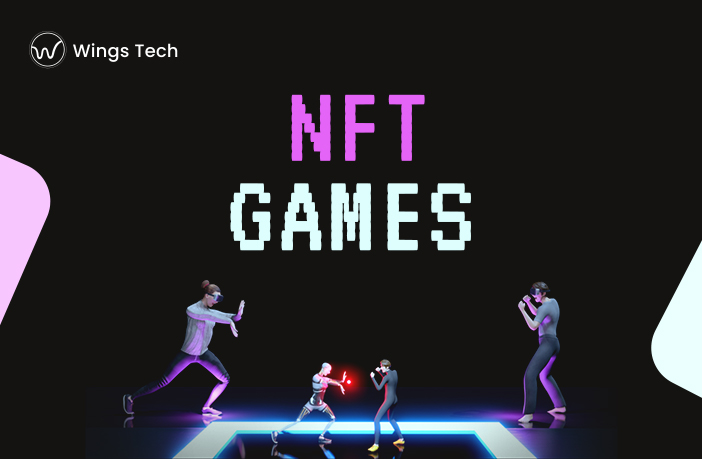 Why Netflix & Chill when you can NFT game & Chill?

Have you been thinking about NFT gaming? Maybe you’ve played a few games and are interested in learning more. Or perhaps you’re enjoying NFT gaming and want to find a way to turn it into an additional revenue stream.

The following guide covers everything you need to know about NFT gaming, from getting started to monetizing your hobby.

NFT games have been gaining popularity in the game-fi world as a way to earn money. Play-to-earn models allow you to earn tokens by selling your in-game NFTs to other collectors and players.

Prices and the number of users of NFT games have skyrocketed recently. What are some of the top NFT games, and what are the upcoming ones?

What is NFT gaming?

Digital products are referred to as NFTs or Non-Fungible Tokens because they are limited editions. Items can be items in-game, collectibles, or avatars.

An NFT gaming concept connects the gaming experience to unique digital assets that can be won, purchased, or otherwise acquired within the game world.

How do NFT games work?

Crypto-collectibles aren’t the only thing you can hold in your wallet in the form of NFT games. The rules, mechanisms, and interactions of an NFT game will all use NFTs. You might be represented as an NFT in a game as your unique avatar or character. It is possible to find NFTs while playing the game. As a result, you can trade or swap your NFTs for a profit with other players. The newer, play-to-earn model also allows you to earn income from NFT games, which we will discuss in more detail in the next section.

In a game environment, how do you take NFTs and implement them technically? A smart contract contains the rules for how NFTs are swapped, created, and implemented within a game. Blockchains contain self-executing codes called smart contracts.

How do NFT games make money?

NFT games vary in their mechanics and market demand, which determines how much money you can earn. In the game, you can earn money by selling your NFTs or cryptocurrencies to other players. Your goods will need to be sold on the market, exchange, or auction house if you wish to cash out. An NFT game’s value comes from either its collectability or its utility in-game. Additionally, these two factors lead to speculation.

What games are you using NFT?

Here are 7 of the biggest and most interesting NFT games…

1. NFT games like Axie Infinity are popular. In this game, you can earn coins by playing and earning. It’s a little like Pokémon.

3. This is a Triple-A game called Tom Clancy’s Ghost Recon: Breakpoint that uses Ubisoft’s Quartz blockchain, as well as the Tezos blockchain, a low-carbon blockchain.

4. Alien Worlds, you can build an entire universe in a social metaverse.

5. In Farmer’s World, an NFT that touts its status as the first farming game. In a realistic ecosystem, you can build a farming empire.

6. In Upland, real-world addresses are used as addresses for trading properties. This is Earth’s metaverse – virtual property set in real world spaces that can be purchased, sold, and traded.

7. In Crazy Defence Horses, players can enjoy both Free-to-Play and Free-to-Earn gameplay modes.