Untapped Gold Mine Of METAVERSE That Virtually No One Knows

Untapped Gold Mine Of METAVERSE That Virtually No One Knows 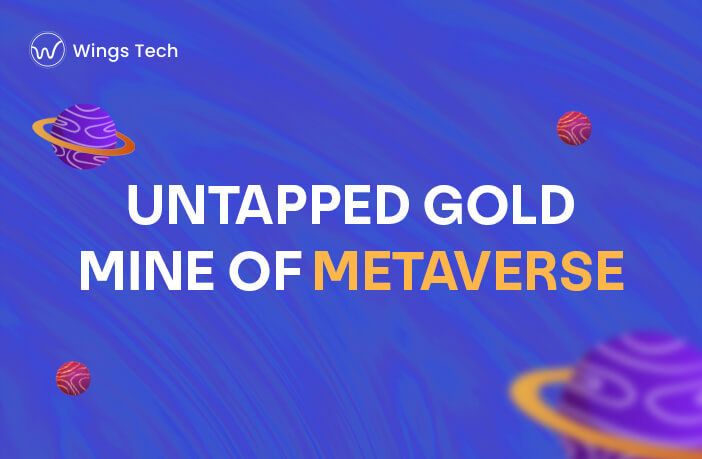 Could it just be a buzzword, the next internet, a video game, or a concept? Breaking down is what we’re here for.

In the Internet’s favorite buzzword: “METAverse,” you can find everything from Mark Zuckerberg’s virtual replica as he revealed Facebook-rebranded-as-Meta, live concerts in Fortnite, or digital art galleries in Decentraland.

Is this even a metaverse? Is it a virtual universe filled with endless possibilities? Is it speculative sci-fi based on a dystopian future of the internet? Or is it simply another way to classify extended reality (XR) — which encompasses augmented, virtual, and mixed reality technologies?

As I write this, I feel like I am describing the metaverse like I was describing the internet in the 70s and 80s. In the process of laying the foundation for the future form of communication, speculation swirled around how it would look and how people would use it. Everyone talked about it, but few understood how it worked or what it meant. Looking back, the outcome wasn’t what some people expected.

Nevertheless, with the metaverse slated to become an $800 billion market by 2024 and tech giants like Facebook, er, Meta, Apple, Microsoft, and Google investing big money in the metaverse, it’s time to define this vague and complex term.

So, what exactly is the metaverse?

There has been a tremendous increase in the number of advancements in digital technologies such as augmented reality, virtual reality, the internet, and blockchain, both of which are enabling new, exciting, and even profitable virtual worlds in the metaverse.

One thing is certain: Neal Stephenson coined the term in his 1992 novel Snow Crash to describe a virtual world widely used in a 21st-century dystopia. In Snow Crash, VR goggles-wearing users inhabit 3D avatars whose forms are their own, and the metaverse is portrayed as an outer-world market filled with virtual real estate.

Is it more than just a video game?

Video games appeared to have already adopted the most basic aspects of the metaverse, despite the metaverse being much more extensive than a video game. Online shooter games like Fortnite provide users with a personal avatar that they use to engage and interact with other players’ avatars, while gaining virtual currency for outfits for their avatar.

Second Life is another game that lets players experience virtual reality in which their avatars are able to shop, eat, and shower as they would do in real life.

Tech experts claim that Metaverse will take virtual reality to the next level, allowing people to float into the virtual world to do everything from host parties to getting married through digital avatars.

Metaverse is the talk of the town, but why?

Metaverse has attracted a lot of attention, much of it driven by technology companies who preemptively claim to be Metaverse companies, or create Metaverses in order to augment or enhance the digital and physical worlds of people. Additionally, activities that are taking place in different siloed spaces are currently going to be replaced with a single Metaverse, such as:

Can I imagine myself living in the metaverse someday?

According to some experts, most people will be part of the metaverse by 2030. In spite of the current obsession, the concept still requires considerable improvement. First, the required hardware will need to be readily accessible. Interoperability is another requirement – allowing you to move virtual items like clothing or cars from one platform to another. Experts consider this crucial. Besides figuring out who will act as the police, there will be legal and commercial challenges. Metaverses don’t guarantee that people will want to hang out there.

It’s possible we will live intermittently in the metaverse – we enjoy putting on VR goggles but don’t keep them on for very long. Or maybe a decade from now, we’ll laugh at this Wings Tech article, thinking how naive people were to question the metaverse’s rise.

Things are just heating up in the metaverse.

The metaverse is still in its infancy, and as technological advances in AR/VR continue to unfold, it is likely that the metaverse will play an increasingly prominent role in our lives – socially, economically, and culturally. Investing in the metaverse presents an attractive opportunity for investors that are trying to diversify and keep up with current crypto trends.