Pros and Cons of Java 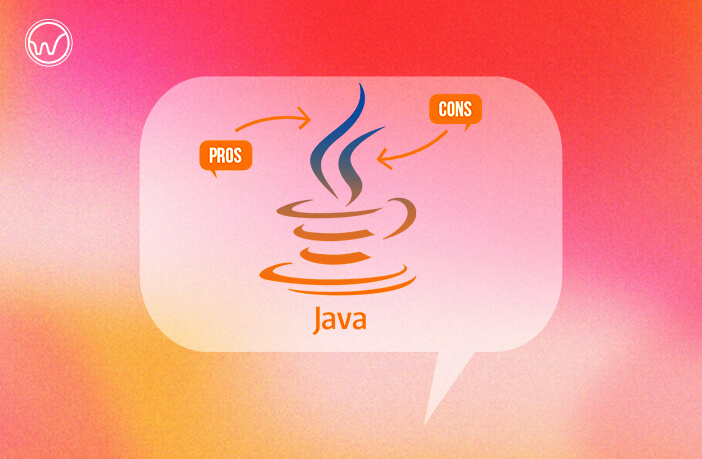 Java is one of the most robust programming languages that has remained at the top of coders’ minds for over two decades. Object-oriented and high-level, it has amazing debugging features as well. Java code can be run either by using an online compiler or by using an IDE, such as Java Virtual Machine (JVM). To run java programs on a computer, a Java Virtual Machine (JVM) must be downloaded and installed. Often when Java programs are executed, the JRE layer is used.

Java has several advantages and disadvantages, just as every coin has two sides.

There are some primary advantages of Java; let’s see them.

Unlike other programming languages, Java is straightforward to use, easy to write, compile, and debug, as well as easy to learn. Besides automatic memory allocation and garbage collection, Java is also less complicated compared to C++.

Object-oriented programming is built into Java right out of the box. This allows you to create reusable code and standard programs.

A Java program will run on any machine, so it doesn’t require any special software to run, but it does require the Java Virtual Machine.

The concept of distributed computing is related to the ability to run and execute tasks over a network of computers. Applications that run on distributed networks and contribute to data as well as application functionality can be developed using this technology.

The Java language lacks an explicit concept of pointers. Besides this, Java has a powerful security manager for defining class access rights.

Java uses two types of memory management: heap and stack. Variables and arrays for programs are allocated memory from either the heap or stack space when we declare a variable. It facilitates the organization and storage of data.

Programs are organized into threads. With Java, multiple threads can run simultaneously. Threads run independently in their own memory. You can therefore make better use of your processor.

Java programs consume a lot of memory. Because of this, it runs slower than natively compiled languages like C or C++.

The default appearance of Java applications written with the Swing toolkit differs from that of native applications.

Static imports are supported as of Java 5.0. A more streamlined procedural paradigm is provided by this version of Java.