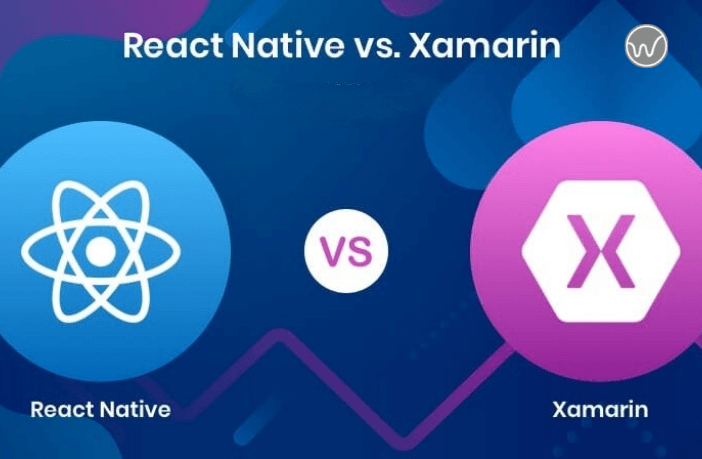 We are driving towards a mobile-first world and businesses worldwide. A total of 5.22 billion people use mobile and 4.66 billion people have access to the internet. Entrepreneurs around the world are scrambling to develop applications that are innovative and based on fresh ideas. All types of businesses across the scale have set budgets to develop the most compatible mobile applications to greet their customers’ needs and preferences.

When asked which two biggies have an upper hand in the enterprise, people seldom answer. Both React Native and Xamarin are backed up by certain merits and pitfalls, creating a puzzling situation where choosing the best between the two becomes a tad tricky. So, we are listing some key features that unveil the contrasts existing between React Native and Xamarin.

What is React Native?

React Native is an open-source, cross-platform mobile app development framework created by Facebook in 2015. It is designed to enable developers to use JavaScript and React along with native platform capabilities to build mobile apps. That enables developers to develop mobile applications for Android and iOS devices with one tech stack. It is backed by the social media giant Facebook, with over 50 dedicated engineers working on the framework at present.

Xamarin is a popular, open-source cross-platform app development framework. It came into existence in the year 2011 and was later acquired by Microsoft in 2016. It works through the Mono framework to communicate with the Application Program Interface (API) of common mobile device functions, leveraging a shared code to forge compatibility and usability across multiple platforms or operating systems. The framework is currently being used by more than 15,000 fellowships worldwide hailing from diverse enterprises such as energy, transport, and healthcare.

Comparison of the capabilities and key features of React Native and Xamarin:

It provides near-native performance, meaning the apps built with it are fast. But keep in mind that true native performance can be achieved only with native languages such as Java, Objective-C, and Swift.

It is open-source. It has been basking in the victory especially for the developers when it comes to application development. It is more popular than Xamarin.

It is closed-source and only maintained by Microsoft. but still, it’s a popular choice when it comes to demand for the best cross-platform development. It significantly contributes to rendering the native UI functionality.

It gives developers a lot of flexibility. It lets them pick their improvement condition. It allows developers to choose the IDE/ text editor they love the most. Generally, Expo is used to debug and build React Native apps. The hot reloading feature of React Native is a plus that eliminates the need for full application reloads after any modification in the code.

On the flip side, Xamarin is more powerful and friendlier. The developers have to work in Visual Studio. That’s the only option available. It provides an Integrated Development Environment and gives many useful tools, controls, and layouts that make mobile app development simpler and smoother. It allows developers to write code for an iPhone app on Windows and compile it for Mac.

This framework has a huge network of developers globally. There is an immense number of learning materials accessible on the Internet for React Native. So you can learn it practically by utilizing the online courses, instructional exercises, and recordings accessible on the web. It came in 3rd place for the most wanted framework.

Though Xamarin is only two years younger than React Native, it doesn’t make any difference when it comes to great network support from the developer community. It came in 11th for the most wanted framework.

Backed by Microsoft, Xamarin has a community of over 700,000 developers that come from 37,000 different companies. Some of the top companies using Xamarin are Honeywell, Samsung, Slack, BOSCH, Cognizant, JetBlue, etc.

Winding up, the demand for cross-platform app development is seeing a huge surge. Both Xamarin and React Native reflect traits to be the perfect app development tool for businesses in 2021. Is React Native better than Xamarin? Please note that the choice between the two ultimately comes down to your business objectives, project requirements, and tech stacks. However, in today’s scenario, React Native has proven to be a promising framework. It has steady growth, flawless code structure as well as huge community support. It all boils down to your unique needs, and which one of these frameworks can fulfill them the best.

So are you looking for any of them for your next project? Our experienced developer will provide you with the best solution for your project, you just need to drop a line and we will be back within 24hrs of business days.