Pick Your Technology Stack Wisely For Your Endowment 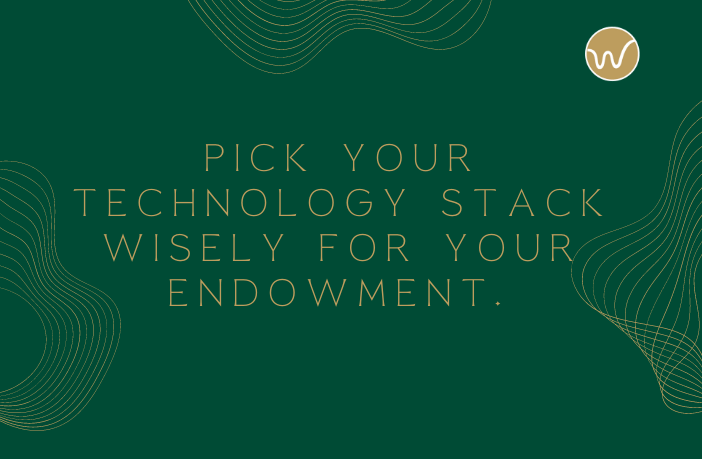 The term technology stack has a broad definition. But the most simple one is a group of programming languages, libraries, frameworks, programs, platforms, and servers used to develop a product. It is very important to select the right one from the beginning or will find yourself having to migrate later on.

A technology stack is what will serve as the foundation of your startup. Also, remember to consider the front and back end when considering different technologies. For example, which programming languages you choose will determine many things, like the type of professionals you have to hire. You have to consider many factors before choosing the right stack.

Startups generally have a limited budget. That’s why you have to make good decisions on how you will spend that money. Part of the tech stack is the programming languages. Thus, you should decide if you will buy a license for a language or just go with open-source like Python and JavaScript. You should consider the differences between open-source and licensed and choose the one that adapts best for the startup’s future.

The programming language also depends on the type of product you are building. But you should choose something that is fairly popular, which will make finding a developer for it easier. That is another part of the budget. To develop the product you want, you will probably need a team of developers. And if you choose to work with a less popular or newer programming language, you will have to pay more to find the right developer.

If you choose popular languages, there would be more developers to choose from. To summarize, you can choose a popular programming language that is lasting. It will be terrible if the language becomes outdated too fast, and you have to rewrite or migrate your product completely.

Another important factor to consider is scalability. You should build your startup with the future in mind. Will the tech stack hold if you have to manage 100,000 users? How about 10 million? Many startups have failed because their product crashes on launching day when they get more attention than expected. This isn’t a problem exclusive to startups.

Disney+ launched back in 2019, and it crashed on launching day when they got a higher demand than they were expecting. Thus, you should choose a scalable tech stack that can grow with the startup’s hopeful success. Also, having scalable technology is cheaper in the long run when you have to grow or scale down.

As mentioned before, startups have a limited budget. That’s why you have to consider the time when choosing a technology stack. For example, if you choose a programming language that your team isn’t familiar with, you will need more time to retrain your existing team or to hire new software developers.

If your budget lasts a long time, you could take the extra time with an unfamiliar language because the benefits outweigh the drawbacks. But if you take too long to launch your product, a competitor could do it first, and you lose your momentum. Thus, consider the time you have on your current budget when choosing the right stack.

Finally, the last thing to consider when choosing a tech stack is your project’s size and type. Startups should always focus on creating a minimum viable product first. Don’t try to build from the beginning a product for 10 million users. Instead, build the MVP with a good foundation for later growth.

The project’s type could be a marketplace, web application, mobile app, or whatever else your idea is. This factor is one of the most important when deciding which tech stack is right for your startup. A good strategy is to look for established companies that offer a similar product and see what they are using.

The technology stack is the foundation for your startup. If you make a poor choice, it could mean the failure of your company. You should consider budget, scalability, time to market, and project size and type when choosing the right stack.

The budget will determine how much you can spend on programming languages, frameworks, cloud computing, and even your team. It will also define how long it can take to launch your product. But the project type is the most important factor when choosing the right set of technologies.