The Power of #Hashtags in Social World 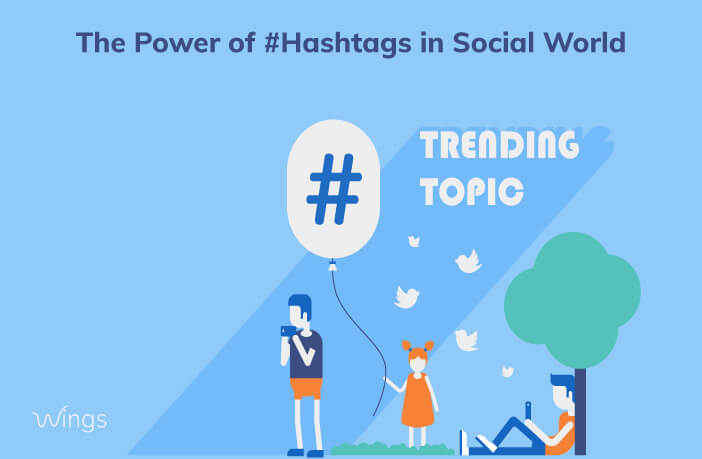 Hashtag turned thirteen! has become a lifeline in the social world. From Instagram to Twitter, hashtags have truly brought a revolution in social media. Nowadays, it’s rare to see a social media post without one, especially on Twitter and Instagram. Hashtags have seemingly become an essential appendage for social media communication.

Hashtags give a voice to those without a pedestal, unify strangers, and can generate unstoppable momentum. Undeniably, it does and this is the power of hashtags. Hashtags have gained popularity in recent years, these once an ordinary symbol suddenly evolved into greater significance in the modern world. The symbol made it easier to search for relevant or associated content on social media.

You’ve all seen the ubiquitous # (hashtag) sign in front of social media posts, but do you know what that symbol does—or could do for you? It tracks topics and conversations by tagging keywords, phrases, and other strings of texts and letters. Hashtag proliferation makes audience engagement easier, thereby informing and building a relationship with them.

What is a Hashtag?

A hashtag is a label with the pound sign (#) in front of the word, words without spaces, or phrases you use to categorize your social media. The pound symbol on your keyboard is also known as an octothorpe was initially used to mark numbers. Hashtags work. They help increase your social media presence to cut through digital clutter focus only on the information we want. Hashtags are used on social media sites such as Twitter, Instagram, YouTube, Google+, and Pinterest.

Time to spill the bean.

Twitter is the birthplace of the hashtag, forever changing the way people see the symbol. Hashtagging on Twitter can have a major impact when it comes to your follower count by using general and non-specific hashtags. Remember that using hashtags with relevant words relating to broad topics allows you to break up information into smaller chunks, making the most out of a social media platform that thrives on brevity. Tweets with 1-2 hashtags see, on average, around 21% more engagement. You can use as many hashtags as you want, but Twitter’s help section recommends using no more than two or three in an update

Facebook took some time to understand the importance of hashtags. Using hashtags on Facebook can get your posts more exposure – but you have to use them the right way. Don’t use too many hashtags – This will make your business look annoying and/or spammy. Instead, go for 1-2 hashtags per post for the best engagement. If you use more than two hashtags in a Facebook post, research suggests you’ll see less engagement.

Hashtags on Instagram are quite popular as they make the photos more discoverable by the audience. Hashtags on Instagram give “audiences an organic way to discover branded content through the topics and forums that interest them.” Make sure your account is public, try to use hashtags on every post so that you’ll get 12.6% more engagement on average, so it pays to use relevant tags. By using more hashtags are okay on Insta but remember that the upper limit is 30 hashtags per post. That’s probably why so many Instagram posts have seemingly endless hashtags.

How to Use Hashtags on Google+:

How to Use Hashtags on LinkedIn:

Priorly LinkedIn was not supporting hashtags, but LinkedIn hashtags are back. You can use them in pretty much the same way as other social media. LinkedIn uses hashtags to monitor what’s important to users so it can show them more relevant content. You can add hashtags to your business’s profile, use hashtags in LinkedIn Publisher posts, and No optimal number but you can stick to the 1-2 rule for now.

Wrapping Hashtags Into Your Social World:

Hashtags are the simplest way to organize the endless amount of information posted to social media so that you’re only seeing what you find relevant. Less is more when it comes to hashtags. Keep in mind to use three or fewer per post when you can, and when you find one that works, keep using it. Do you want to know more about how to use them effectively? Then just drop a line and we will be back within 24hrs.