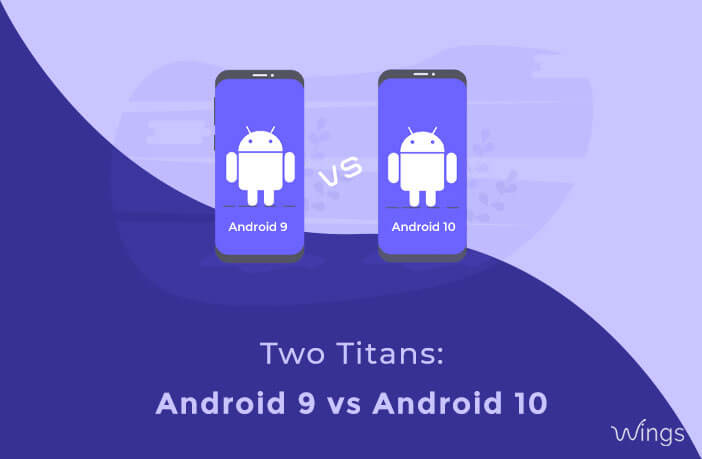 In today’s times, smartphones have become an exemplification of one of the wisest things in the history of mankind. Presently, smartphones have made our life easy by providing technological advancements. As we look for convenience, provide multiple features, and give us more mobility and entertainment to our daily routine life. As the whole world is turning into a new phase of technological performance, our needs started becoming more sophisticated. There are a number of purposes like – voice calling, video chatting, text messaging or SMS, multimedia messaging, internet browsing, email, video games, photography, and many more things you can operate with your fingertips. Today over 75.9% of people in the whole world are using android phones.

Yes, android phones you heard it written! Google brought in a revolution of android in the year 2009. Android continues to grow and improve, with more than 100 million activations. Almost every year, android comes up with a new appearance or any update or upcoming features to all android devices to make the users more curious in engaging and active on it. The latest version is Android 10 which was released in 2019. The Android 10 brings a ton of new features. Android 10’s dark mode is the biggest shift from Android Pie.

Now you might be confused about which one is better either Android 9 or Android 10. So, going with the same flow, the blog will compare the two most recent Android OS versions!

Android 9 vs Android 10: The Comparison of Two Titans

1. The Looks That Matter:

Everyone loves their smartphone but nowadays how your smartphone will look has become a style element. Android 9 has completely transformed just by adding colors to the ecosystem. Not only that but it had changed the app’s icons look curvier with softer edges, and gave a more aesthetic feel.

Android 10 ‘look and feel’ experience has taken to another level. Android 10 introduced system-wide dark mode which turned on and off at any time and a plethora of themes. This gives us more freedom to play with the looks likewise you can customize the themes, fonts, and even the icon shapes on your device according to your personality.

Android 9 has helped Google to become the second major vendor supporting emojis by introducing 157 new smile emojis. It brings together emojis of people from different professions and a whole new section of foods and animals for the users.

Android 10 has come up with a Smart Reply facility for all the messaging applications. It comes in handy whenever you are in a hurry and can’t reply to incoming messages with full authority. Your smartphone will provide you a suggestion box to reply with an emoji or text you have to select them, not only this but it will take you to Google Maps directly to check the direction and you’re done. It has brought significant changes in the emojis also to make them appear gender-neutral.

Google has tried to make the system consume less battery, particularly when the phone is snoozing in your pocket. So Google has come up with Android 9 improved battery levels by introducing ‘Adaptive Battery’ and ‘Automatic Brightness Adjust’ functionality.

In Android 10 dark mode and an upgraded adaptive battery setting were introduced by Google. It helps the system to use less battery. Even its battery life is found to be longer than that of its predecessor.

Android 9 had a pill-shaped home button to ease up their urge to have more screen space. It also helps us to navigate with pill gestures. You can apply it to work in a multidimensional format as you can single-tap the pill to go to the home screen, and swipe while holding the pill to see recent apps.

Android 10 has changed the game with its super-smooth and top-notch gesture navigation as it has removed the home button from the device’s hardware. You just have to swipe up from the middle of your screen to go to your home screen. If you want to switch from the current to the previously used app you just need to swipe up and hold, and then slide your finger left or right.

5. Bluetooth, WiFi, and Other Connectivity Options:

Both versions have proven to be ultimate in terms of connectivity. Android 9 has brought the functionality of connecting with 5 different devices and switching between them in real-time.

Android 10 has simplified the process of WiFi without sharing the password. It has also come up with a shortcut to access network settings. Its best feature, it allows users to create a QR code for Wi-Fi networks or scan a QR code to join a Wi-Fi network directly. The WiFi feature is also known as ‘Adaptive WiFi’ which enables seamless connectivity for playing an online game or voice call.

Android 9 came up with the feature NFC peer-to-peer sharing method that allowed when two devices are nearby i.e Android beam. While Android 10 has replaced Android Beam with Fast Share. The Fast Share is the combination of Bluetooth and Wi-Fi Direct to create a connection and transfer files faster. It is faster than Android 9.

In Android 10, notifications will appear in the form of bubble chat heads. It is quite similar just like Facebook Messenger. These circular notifications floating across the screen enable users to perform some other task while attending these notifications even you can change the notifications setting to Silent or on Alerting mode, depending on your urgency.

Digital Wellbeing is one of the best features in Android 9 that let users know how frequently they use different apps and spend most of their time.

Android 10 is enhanced with a new option ‘Focus Mode’ which allows the user to select a set of apps that distracts them and pause them for some particular time period. This means you won’t be able to receive notifications from that particular app for a particular time period. You can also create a ‘Family Link’ by monitoring your kid’s activity on the device and setting restrictions.

After you came to any conclusion that Android 9 is better or Android 10? Both have come up with exciting features. You have to decide the factors you want to focus on, and what matters to you and decide for yourself. Totally the answer depends on the factors on which you want to compare the two of them.