What is the ‘No-Code’ Movement? What Does it Mean for Software Developers? 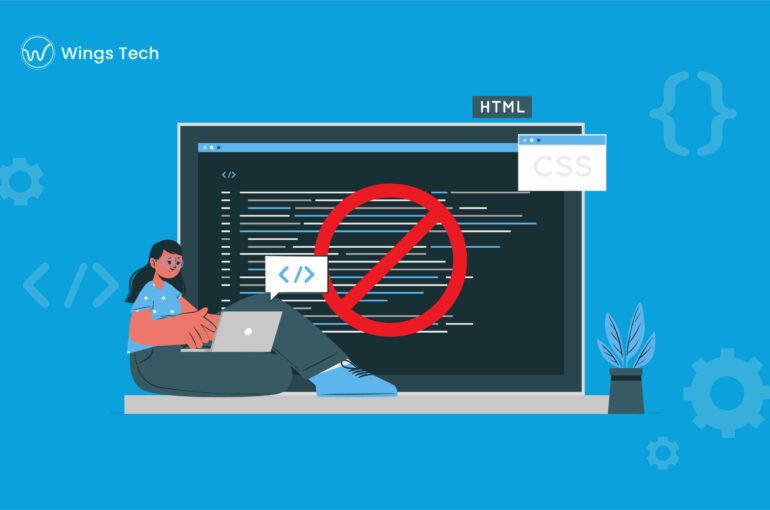 We entered this industry with a term that many misunderstood, no-code is a kind of confusing term. Most assume that it means nothing to do with code. In the end, it is merely a set of technologies, platforms, and tools that facilitate software development. Code editors have traditionally been used by engineers for the last 50 or 60 years to develop this sort of software that you and I use every day, like Facebook, Twitter, Uber, Lyft, or Google Docs.

In the past, these softwares were built directly using code. No-code technologies help simplify software development by providing an intuitive interface based on drag-and-drop or point-and-click tools to help everyone build the software they need.

No-code software is still not capable of creating all software; however, the industry is catching up to its ability to do so much with no-code and solve real business problems at the same time. With it, entrepreneurs can quickly create new products and services without having to study computer science or undergo four or more years of training. As a result, it’s democratizing software design, similar to the way YouTube democratized video creation like you don’t need to own a movie studio anymore to produce entertainment for the web, build an audience, etc.

Throughout most of history, computers could be operated without writing a single line of code. With the explosion of no-code technologies, software developers are experiencing similar transformations. This no-code movement is a new phenomenon, but the market cap is projected to exceed $43 billion by 2023. Yet the recent explosion results from decades of hard work and development that cannot be ignored.

The following are the topics we’ll explore:

What Is A No-Code App Development Platform?

The name “no-code” refers to the concept of building software or apps without having to write any code. You may wonder how it works, then. To answer this question, it makes use of visual tools to assist in selecting the necessary components and placing them in an ordered manner. There are several no-code platforms available, including Microsoft Power Apps, QuickBase, and Zoho Creator.

People without programming skills can use these platforms to build applications, saving them time and money. Platforms that offer no-code template options also offer a range of options depending on the type of application that users are attempting to develop.

Perks Of A No-Code

It offers various perks aside from ease and convenience. The following are just a few of them.

No-coding methods aren’t hard to use. There are, however, some Flaws to be aware of. Let’s look at a few below:

Towards a future of no-code

The early prototypes and wireframes of no-code builders were useful, but people assumed eventually you would have to code. In contrast, no-code builders can scale to thousands of users without requiring a line of code to be written. It offers a promising future for no-code developers.

No-code technology is becoming increasingly scalable and customizable, allowing whole technology companies to run on it within the next few years. Besides making it easier for freelancers and independent entrepreneurs to make “micro-SaaS” products – such as online marketplaces, e-learning platforms, custom client portals, or subscription communities – that generate great lifestyle revenue streams, it also allows them to generate additional income.

2. Internal apps will be no-code

It is easy with no-code to create secure, user-friendly apps without having to know any programming. As a result, no-code tools will become increasingly popular for internal communications, time tracking, and task tracking that are used by employees only. Startups may find this particularly true if they lack the budget for buying existing SaaS platforms or have unique requirements due to their innovative nature.

To build their MVP, new founders won’t need to go through the old process of building wireframes and getting funding. Future no-code tools will make starting a tech company easier than ever. One can build a prototype or even a fully functional product in a matter of days, then start testing it and selling it shortly thereafter. This will have profound effects on people that want to solve local business problems with technology, but that doesn’t have a large enough market to interest venture capitalists or software engineers to develop a code-based solution.

Beyond business, the no-code movement will make it easier than ever for nonprofits, charities, and community groups to create apps tailored to their mission. Apart from organizations, individuals can also build no-code apps for their own lives – to communicate with friends, manage their social networks, or automate parts of their lives.

No doubt it will be fun to see more and more no-code development tools emerge and reach the masses. Large enterprises will try codeless existence not just, but also by small businesses, e-commerce, freelancers, and curious hobbyists. Everyone can easily create websites and apps with no-code technology!