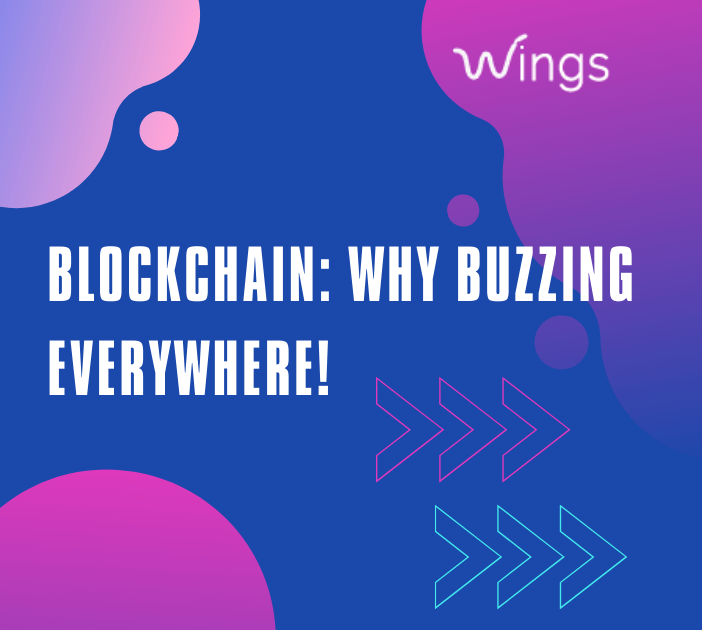 Blockchain technology has recently effectively gained widespread attention for innovating business processes. It is shifting the paradigms of our business world at a rapid rate. Even though there are some mixed feelings toward this technology, no one can entirely underestimate its role in the global economic landscape. It is poised to dramatically transform commerce across every industry from financial to legal services, agriculture to healthcare, and more.

The technology first came into the spotlight with the creation of Bitcoin in 2009. This technology that underpins Bitcoin is finding applicability across a wide variety of use cases. The form of technology allows digital information to be exchanged without any external users or middlemen. It is an imaginary data structure that is composed of “packets” or “blocks” of information. In the case of the analogy, these blocks are represented by the bills.

Wondering why Blockchain has gained so much popularity in recent years. Here we bring the top Blockchain features that make it popular!

Blockchain technology is most simply defined as a decentralized, distributed ledger that records the provenance of a digital asset. Each block in the chain contains several transactions, and every time a new transaction occurs on the blockchain, a record of that transaction is added to every participant’s ledger.

Let’s dive a little deeper into the features of blockchain!

Immutability is undoubtedly one of the most significant blockchain features. Immutability means something that can’t be changed or altered. Once you have agreed on a transaction and recorded it, it can never be changed. You can subsequently record another transaction about that asset to change its state, but you can never hide the original transaction. This gives the idea of the provenance of assets, which means that for any asset you can tell where it is, where it’s been, and what has happened throughout its life.

This is one of the key features of blockchain technology that works perfectly. Decentralized technology gives you the power to store your assets in a network which further accessed by the means of the internet, an asset can be anything like a contract, a document, etc. Through this owner has direct control over his account by the means of a key that is linked to his account which gives the owner the power to transfer his assets to anyone he wants.

Blockchain technology proves to be an effective tool for decentralizing the web. It does possess the power to bring massive changes in industries.

Blockchain technology has better security because there is not even a single chance of shutting down the system. There’s no way to crack the code. Furthermore, if anyone wants to change any value in the block, it will generate a completely different outcome that won’t be linked to the original change. Additionally, every block comes with a unique hash ID. However, changing the hash ID is impossible.

Also, to make a blockchain transaction, you’ll need help from both public and private keys. Figuring out other users’ private keys is also impossible.

Another cool feature of blockchain is the distributed nature of the system. In reality, all the nodes maintain the ledger, and so the overall computational power gets distributed among them. Thus, promoting a good outcome.

In the case of the public blockchain, everyone can see the ledger without any issues. However, in private, things change a bit, but still, it’s viewable. Due to the nature of the technology, it’s more efficient and offers other benefits as well –

Consensus is a crucial factor when it comes to blockchain. Without consensus, the blockchain system won’t work. In reality, consensus algorithms help the network make decisions. Without any consensus, no blockchain can make a fair judgment of the blocks being added. Before one can execute a transaction, there must be an agreement between all relevant parties that the transaction is valid. For example, if you’re registering the sale of a bike, that bike must belong to you or you won’t get an agreement. This process helps keep inaccurate or potentially fraudulent transactions out of the database.

Blockchain technology isn’t just another hype that people forget after a few days. With all its blockchain features and applications, we can safely assume that it’s here to stay. All the blockchain’s important features are making a whole nother level of impact on the web.

And why wouldn’t it? It’s infused with all sorts of new techs. Although blockchain is giving rise to a lot of controversies, still if people can utilize the ideology behind all benefits of blockchain they can make a brighter and shinier future for everyone. Not to mention, Blockchain can change the world. So if you are looking for any kind of service, just drop a line and be back within 24hrs business days.