It doesn’t matter what programming language you learn! 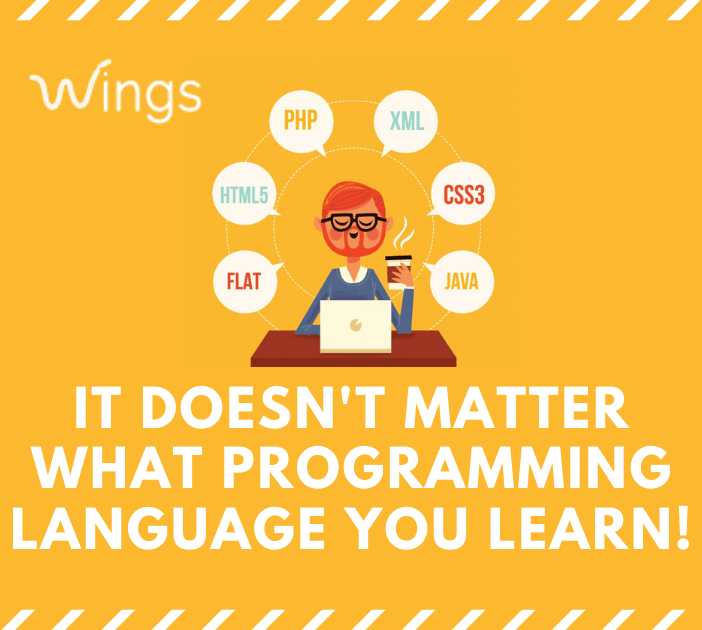 Don’t just learn a programming language. When you switch from one speaking language to another and use the same words without any understanding of the communication pattern, it will end up in a disaster, albeit a funny one. The same rule applies to programming languages if we try to write C-like in Java or Java-like in Python. Similarly, as most native languages can be categorized into root languages.

French, Italian, Spanish as romance languages, and English, German, Dutch as Germanic languages. What matters is to know different programming paradigms and patterns and choose the right one for your project. Knowing only the words and syntax of many programming languages won’t make you a good programmer. But knowing many paradigms and patterns in combination with these words will do, because these are the essential ingredients to write organized, structured and meaningful code.

Before you pick a language, learn to speak. Don’t become an expert in the intricacies of any particular language without also learning the ideas that apply universally. Some languages are widespread, some are trendy, and some even bring higher average salaries, but it’s not about picking up a popular language, or even a well-grounded, long-standing language. It’s about using the core concepts of programming to write good code no matter what the language.

You have to write your code, that solves your logistical problems. They can be made up of problems, but the practice of problem-solving is the fundamental basis of coding. Aspiring coders need to start basic, and practice typing code that solves problems. Picking the wrong language or framework to learn won’t be your mistake, not starting will be.

Programming languages are built on a common conceptual foundation. Understanding this foundation makes it possible to write good code even in a new language. A programmer who remembers all the keywords and function names in every language but never learned how to organize them is not as valuable as one who can use abstraction and encapsulation, who understands the time and memory tradeoffs and asymptotic complexity, and who knows ways to make code readable, robust, and maintainable. Never let being new to a language make you feel like an incompetent programmer.

Programming knowledge is transferable. If you’re a strong programmer you can easily adapt to a change in your development stack. If you spend your time learning only one language when switching jobs or your company switches tech, you’re left in the dust. I hope this blog was useful. So if you are looking for a programmer who can write code in your favorite language then just drop a line and we will be back within 24hrs of business days.