A Cult. A Classic. A Comedy. 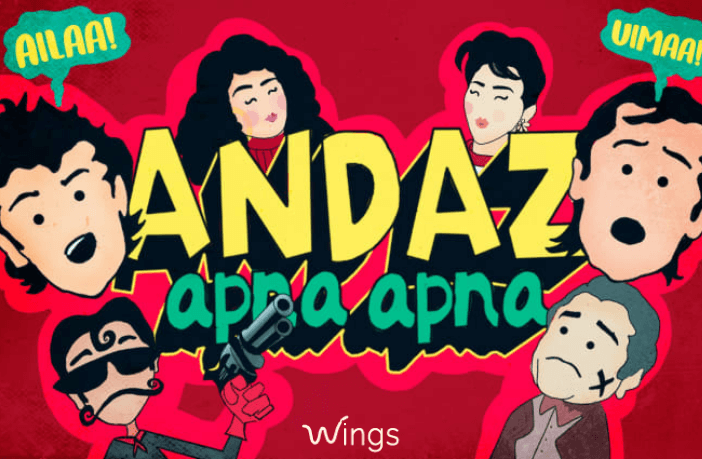 These 3 words perfectly describe Andaz Apna Apna. On 4th November 1994, Bollywood saw a cult classic, Andaz Apna Apna make its way into Indian cinema and achieve its incomparable status over the years. My ALL-TIME FAVORITE, this film is about 2 warring friends portrayed as the human version of Tom and Jerry and the events that unfold as they try to win the affection of the leading ladies.

Because of how obsessed I am with this movie, I’ve watched it over and over again and read a bunch of articles that reveal some random facts about Andaz Apna Apna that will BLOW YOUR MIND.

1. First things first, did you know that  Andaz Apna Apna BOMBED at the box office upon its release. Yup! The audience gave a thumbs down to the movie and it managed to make just 4.7 crores at the box office. The film gained its popularity when it was finally aired on television and now, almost 26 years later, ‘Andaz Apna Apna’ has made over 300 crores and has become a CULT in the movie business. 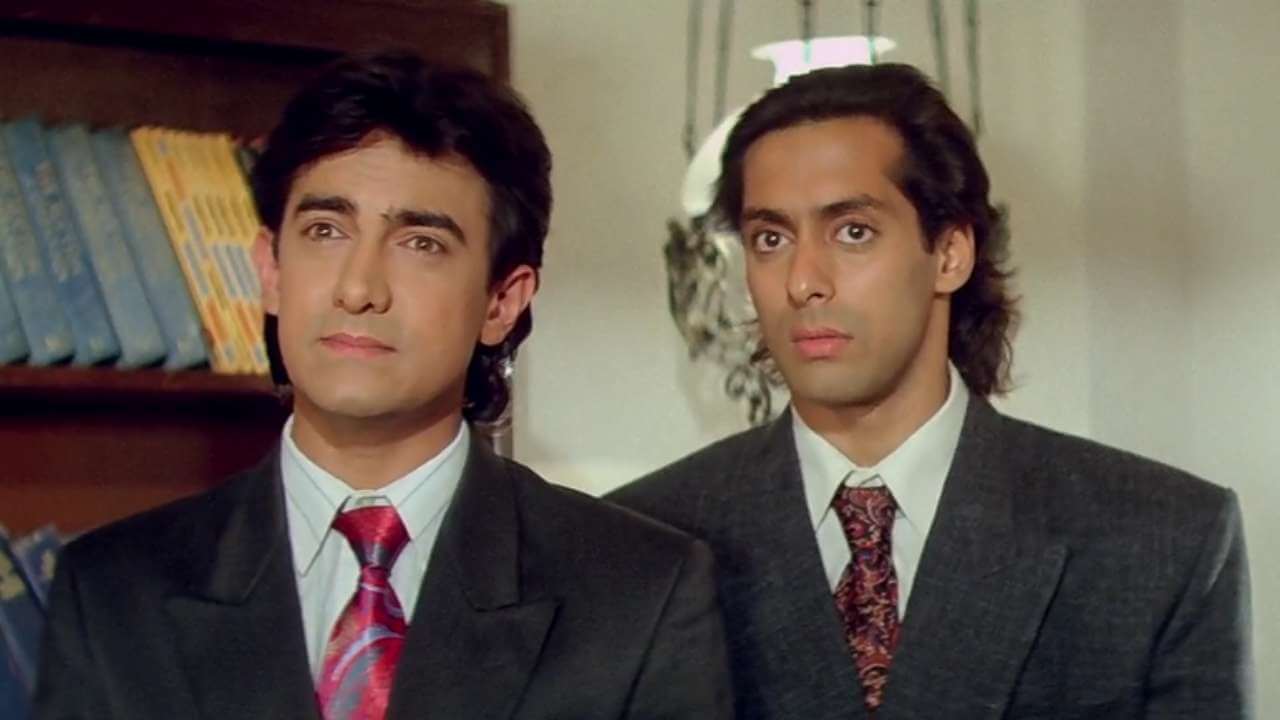 2. The film did not have a bound script. Most of the dialogues were improvised by the cast and crew during the making of the film, including the world-famous dialogues ‘Ailaa’ and ‘ Ooi maa’. 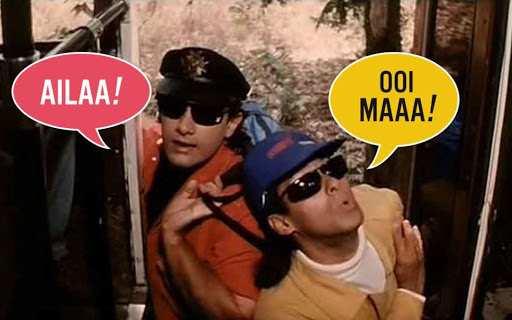 3. The leading ladies, Karishma Kapoor and Raveena Tandon who played best friends in the movie did not see eye-to-eye during the making of this film. Back in the day, they were just starting in the film industry and were arch-rivals. 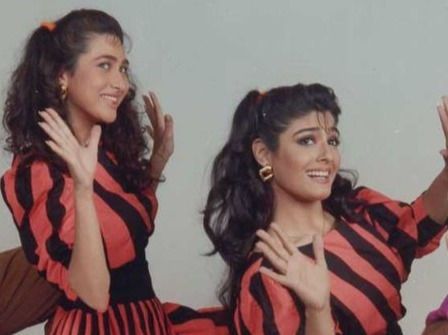 4. Salman Khan’s hairstyle keeps changing throughout the film. That’s because it took 3 years to complete shooting it due to financial and other issues. In many scenes, he has a long hair of ‘Saajan’ days while in some scenes he has the short hair he had during his ‘Hum Aapke Hai Kaun’ days. 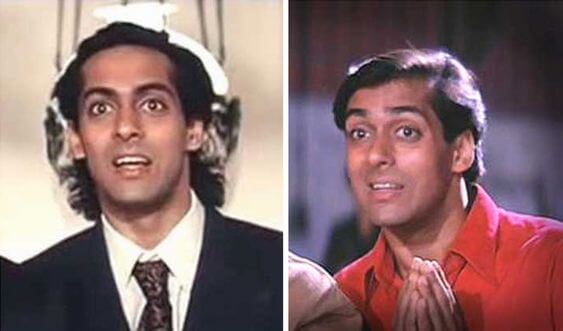 5. The film has many references to the cast’s previous work or personal life. Like, remember the background music that plays when Aamir Khan cuts a ribbon in jail? It’s ‘Papa Kehte Hai Bada Naam Karega’… The song is a reference to his previous hit film Qayamat Se Qayamat Tak.

6. Speaking of references, remember when Salman is asked whether he has seen Sholay (a Bollywood blockbuster) and he says, “Haan dus baar” (“Yes, 10 times”), and Aamir jokingly says, “Iske baap ne toh likhi hai.” (“You’re talking like your father’s written the film”) 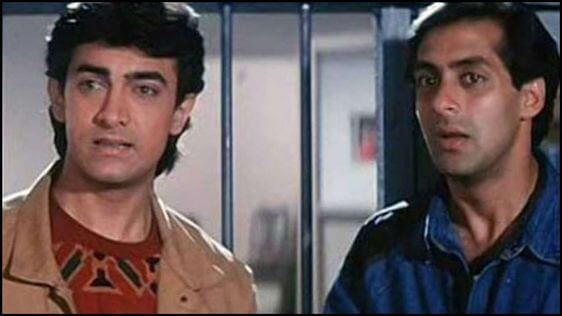 7. The popular character of Bhalla, played by actor Shehzad Khan was his way of paying a tribute to his father, the legendary actor, Ajit Khan. 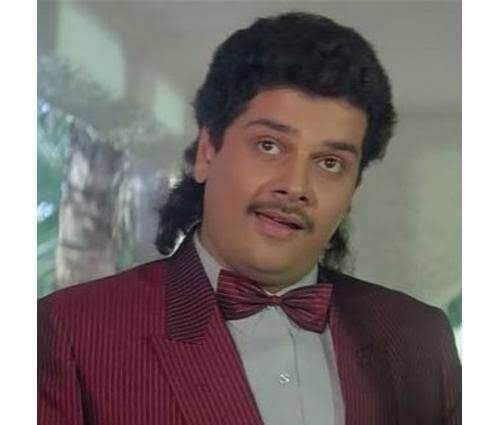 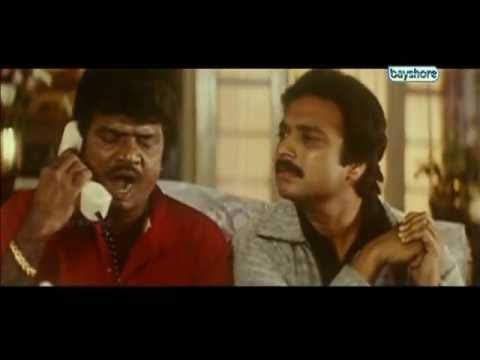 9. So far, this is the ONLY film to star the mega-superstars Salman Khan and Aamir Khan together. 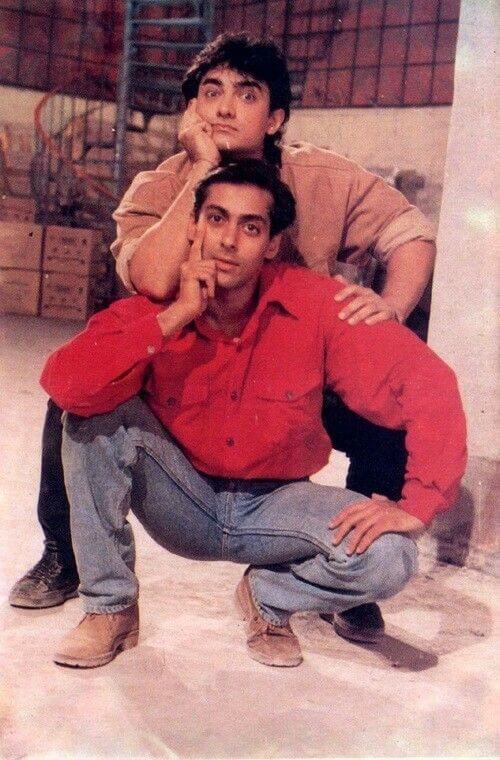 If you are one of those who hasn’t watched this movie yet, I HIGHLY RECOMMEND and if you have watched it and know some other fun facts about the film that I may have missed, let me know in the comments section.